The Challenges Faced by LGBTQ Teens 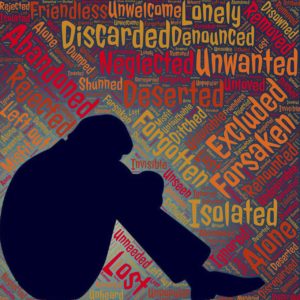 Being a teenager is tough.

Being a lesbian, gay, bisexual, transgender, or questioning/queer (LGBTQ)  youth is much more than just tough. It can be dangerous.

At a time in one’s development when conformity is the rule, LGBTQ youth are often ostracized and bullied. They can even be victims of violence because of their differences.

In this era of people being “woke,” it seems that there should be a call out for inclusivity.

Yet the challenges faced by LGBTQ teens continue.

Of course, there’s already plenty of documented research showing the psychological issues that plague LGBTQ youth. Especially when compared to their gender-conforming peers.

But three new studies published in Pediatrics Journal offer new insights into the types of challenges this youth encounter. And how these challenges can negatively impact both mental and physical health.

LGBTQ teens also tended to experience more severe forms of torment than heterosexual adolescents. The author noted that the more gender nonconformity an adolescent reported, the higher their risk of experiencing abuse.

In another study, researchers examined survey data from 2,396 teens. They found an increased risk of depression among LGBTQ youth 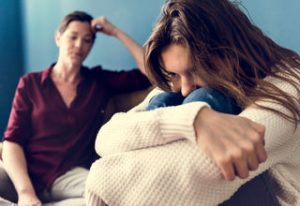 when compared to their heterosexual peers.

Exposure to peer victimization and lower satisfaction with family relationships are known risk factors. But the study also found that greater exposure to cyberbullying and unmet medical needs as additional risk factors.

And speaking of unmet medical needs, a third study conducted in California and Georgia examined the medical records for 1,333 transgender and gender-nonconforming children and teens. They also included more than 13,000 youth whose outward gender presentation matched their sex assigned at birth (also referred to as cisgender).

In nearly all instances, mental health diagnoses were more common for transgender and gender-nonconforming youth than for cisgender youth.

In fact, transgender and gender-nonconforming children and teens were 3-13 times more likely to be diagnosed with conditions like depression, anxiety, and attention deficit disorders.

Even more alarming, the study found they had a higher risk of suicidal thoughts and self-inflicted injuries than their cisgender peers.

These three studies taken together add to the growing body of evidence suggesting that LGBTQ teens are at a higher risk for depression, anxiety, substance abuse, homelessness, and suicide.

So while LGBTQ teens have learned by default to soldier through and be resilient, this doesn’t negate the fact that facing such adversity results in poor mental health outcomes.

That’s why it’s so important that LGBTQ teens have places where they don’t experience such abject rejection, abuse or other adverse events that can lead to these problems.

While it would be ideal that they feel safe in their own homes, that isn’t always the case. But there’s no reason that schools can’t step up their game to ensure LGBTQ youth feel safe.

It’s not surprising that places such as arts academy high schools have a higher LGBTQ enrollment than their public counterparts.

An environment that fosters and encourages creativity and expression is going to be more naturally inclusive and welcoming of those who are “different.” 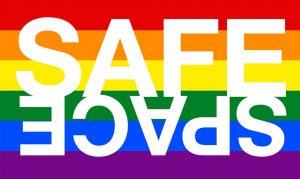 But that doesn’t exclude these schools from taking additional actions to ensure that LGBTQ teens feel safe and protected while receiving an education. And they’re things that EVERY school could easily incorporate.

Placing “safe zone” stickers in classrooms or other areas lets students know that they’re not just in an LGBTQ-friendly environment, but also one where any anti-LGBTQ language or harassment will not be tolerated.

In addition, it alerts them that they can feel safe in talking to teachers, counselors, and administrators about LGBTQ issues.

When teachers or other staff members sponsor or serve as an adviser for an LGBTQ student organization, it speaks volumes.

It shows that you’re serious about reducing discrimination against LGBTQ students while promoting their well-being and fostering an affirming school environment.

3. Include LGBTQ Topics in the Curriculum

For many decades, textbooks avoided praising important historical figures who didn’t fit into a certain mold. 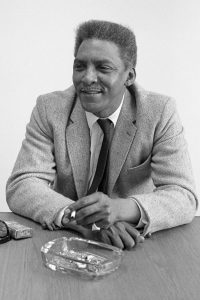 So for example, while you’ve probably learned all about Martin Luther King, Jr., how familiar are you with Bayard Rustin – the openly gay man who fought right alongside King? And do you know who was the first openly gay person elected to the Senate? It was Tammy Baldwin and it happened in 2012.

While the arts have openly embraced LGBTQ culture, topics in science, history, and even math should also be inclusive of those from the LGBTQ community who have been contributors.

It allows students to see themselves in their lessons.

Teachers in an arts academy setting are usually quite comfortable in communicating with their students about sexuality or other LGBTQ issues.

But it’s not always that easy for teachers in more traditional school settings to feel at ease in talking to their students about sexuality. This could be due to their beliefs, or even their perceptions about what’s appropriate. Some have even felt pressure from the administration or parents to stay silent on such issues.

Professional development in this area helps teachers and staff learn how to identify anti-LGBTQ behaviors and harassment, as well as how to address LGBTQ issues and bullying.

Are You Seeking a Safe Place to Learn?

It’s clear that there are serious challenges faced by LGBTQ teens. Getting an education shouldn’t be one of them.

If you’re looking for a learning environment that celebrates differences and inclusivity, contact us to schedule a tour of our arts academy high school.

And understand how it feels to finally belong.